Dear respected Sir, I married last year but did not consummate marriage because my wife did not allowed for our physical relationship to establish citing the reason that she was studying.
Her attitude was very rude to which I objected to her parents to which they gave excuse that initially she was bit nervous etc.
I live abroad and came back to my job. However due to her cold response I got quite tense time and again. I tried to persuade her to make passport and join me but it turned on deaf ear. Then one day she fought with me on the phone and verbally abused which made me furious and I verbally divorced her.
After this I sent 2 notices of divorce as per legal requirement to her house. Before 3rd notice they came to our house and asked for forgiveness.
However I don't trust her faithfulness.
If I send 3rd notice then this marriage legally shall be over.
It has been 5 months since I initiated the process.
Meanwhile no contact I made with her.
I want to ask Is she still in my nikah and if yes how can approach her. Do I need to re marry her ?
As there was no consummation of marriage hence no iddah shall be on her .
Please advise in this regard thank you..

Follow-up questions sent to the questioner:

1) After your marriage, were you ever in seclusion with your wife (regardless of whether sexual intercourse was possible or not)?

2) What did you utter when you verbally divorced her? Quote the exact words and the number of times you uttered them.

3) What does the notice of divorce document contain? Quote the exact words it contains.

1) after marriage I was not in any seclusion with my wife. It was just nikah ceremony and a bit of chit chat and I returned. She did not allow to touch me.

2) I uttered 3 times the words I am  divorcing you.

3) The notice of divorce contains exact words as according to shariah Muhammadi we cannot continue this marriage. With mutual understanding we are discontinuing this marriage. For that reason I am sending you divorce notice.

In the Name of Allah, the Most Gracious, the Most Merciful.

If the “chit chat” you had with your wife was not in seclusion, then one talaq baain (irrevocable talaq) has taken place and you are no longer husband and wife. Sitting in iddah is not compulsory on her in this case.  She may get married to anyone at any time. If both of you want to get back together as husband and wife, you may perform a new nikah at any time.

If, on the other hand, you both were in seclusion with each other when you had the “chit chat”, then three talaqs have taken place. Also, sitting in iddah is compulsory on her in this case. [Note that her iddah is three complete menstruations (haidh). If she has already had three complete menstruations after you gave her talaq, her iddah is complete.] After the iddah, she is free to marry anyone she desires. You cannot remarry her until the process of halaala is complete. Halaala is that after the iddah, she marries someone else, consummates the marriage with him, he happens to die or gives her talaq and then she completes another iddah.

The detail is as follows:

a) If he has consummated the marriage (i.e. has had sexual intercourse with her) then three talaqs will take place. Iddah will be compulsory on the woman. After the iddah, she may marry anyone apart from her former husband (i.e. the one who gave her three talaqs). Her former husband will only become halal for her once halaala process is complete.

b) If he has not consummated the marriage but has been in seclusion with her then three talaqs will take place. This is regardless of whether or not there was something preventing sexual intercourse from taking place during the seclusion, such as menstruation, fasting in Ramadan, sickness, her disapproval of sexual intercourse, etc. Iddah will be compulsory on the woman. After the iddah, she may marry anyone apart from her former husband (i.e. the one who gave her three talaqs). Her former husband will only become halal for her once halaala process is complete.

c) If he has neither consummated the marriage and nor been in seclusion with her at any time after marrying her then one talaq baa’in (i.e. one irrevocable talaq) will take place. Iddah will not be compulsory on the woman and, therefore, she may immediately get married to anyone. She may even get married to her former husband if they both agree. If she does get married to her former husband, the husband should keep in his mind that there are only two more talaqs left before she becomes completely haram for him, and, therefore, to avoid regret he should be extra careful about what he utters. 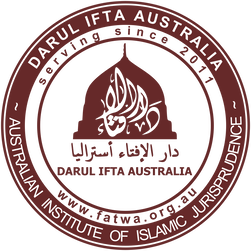